Products that contain Siberian ginseng, also called eleuthero, may be misleading as this particular herb is technically a different plant.

What are the health benefits of ginseng?

Ginseng refers to eleven different varieties of a short, slow-growing plant with fleshy roots. Ginseng is believed to restore and enhance wellbeing. It is one of the most popular herbal remedies.

The herbs consist of a light-colored, forked-shaped root, a relatively long stalk, and green leaves with an oval shape. 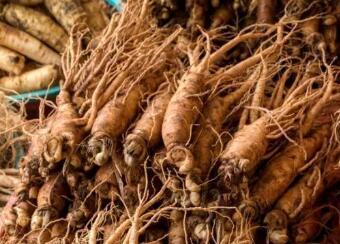 Ginseng has traditionally been taken to aid a range of medical conditions.

More research is needed to confirm its benefit as a supplement. However, it is claimed that ginsenosides, chemical components found in ginseng, are responsible for the clinical effect of the herb.

Western scientists and health professionals often question the medicinal properties of ginseng. There is no conclusive evidence that determines its true effectiveness.

Ginseng products can vary in their quality and medicinal properties.

Checking the ingredients of ginseng products before purchase is strongly recommended.

Some products have been found to contain a small or negligible amount of ginseng, and some contain other substances.

Researchers suggest that the following health benefits are linked to ginseng:

Ginseng may help stimulate physical and mental activity in people who feel weak and tired. One study revealed that ginseng showed good results in helping cancer patients with fatigue.

However, the energy-boosting effects of ginseng were only seen in people currently undergoing treatment. Ginseng did not show statistically significant improvements in people who had already finished cancer treatment.

Ginseng may improve thinking processes and cognition. Research published in The Cochrane Library examined the accuracy of this claim.

The study says that ginseng seems to demonstrate benefits for cognition, behavior, and quality of life. However, the authors of the review cautioned that despite some positive findings, studies included in the systematic review did not make a convincing case for the effectiveness of ginseng as a cognitive booster.

Richard Brown, M.D., an associate professor of clinical psychiatry at Columbia University, said about the study:

"It was a very careful review. But as with many Chinese herbs and treatments, while ginseng has been used by millions of people, there aren't a lot of rigorous modern studies."

Another study, published in Journal of Dairy Science, explored whether it would be possible to incorporate American ginseng into foods. The researchers developed ginseng-fortified milk with sufficient levels of ginseng to improve cognitive function.

However, it is not possible at this stage to know whether the inclusion of ginseng in a food product would have the desired cognitive effect.

Ginsenosides may have anti-inflammatory effects, according to experimental results in Journal of Translational Medicine.

A 2002 Korean study revealed that 60 percent of men who took ginseng noticed an improvement in their symptoms. Research published in the British Journal of Clinical Pharmacology also claimed to provide "evidence for the effectiveness of red ginseng in the treatment of erectile dysfunction."

However, a more recent systematic review has been carried out.

In assessing the effectiveness of red ginseng for treating erectile dysfunction, the review demonstrated that the number of trials, total sample size, and the quality of the experimental methods were not satisfactory for demonstrating ongoing clinical benefit.

More research is needed to confirm ginseng as a reliable treatment for erectile dysfunction.

Research on the effects of ginseng on mice suggests a possible link between ginseng and the treatment and prevention of influenza and respiratory syncytial virus (RSV).

Findings suggested that red ginseng extract could improve the survival of human lung epithelial cells infected with the influenza virus. However, many studies of the preventive actions of ginseng against viruses were later discredited as unreliable.

More clinical studies and standardization of ginseng root are needed to consider ginseng as a possible complementary therapy for diabetes. This is so that researchers can investigate what specific doses are effective.